Youth Story: “It’s Not Naive to Work Toward a Better World” 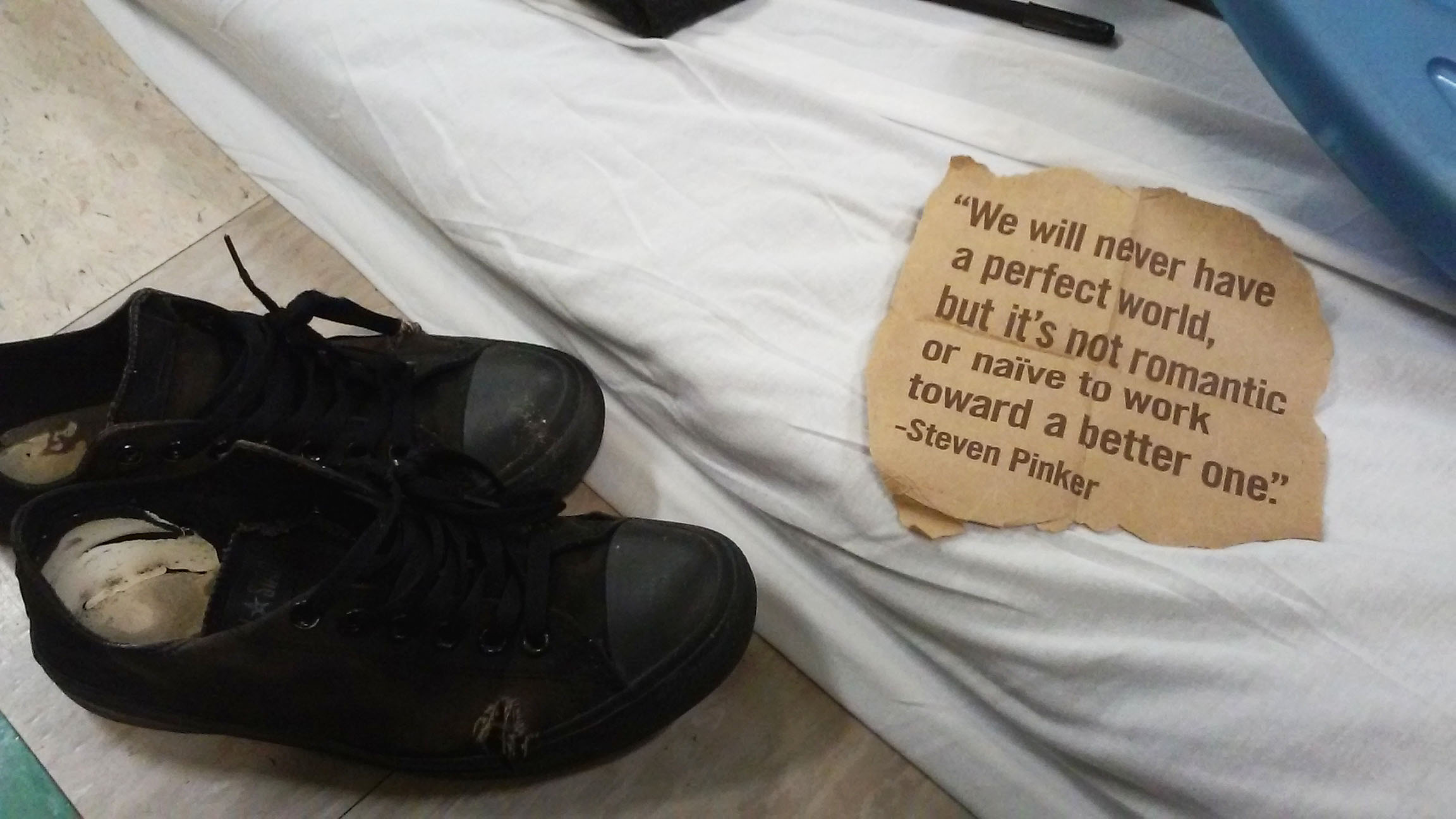 Just a few weeks ago, at a local youth shelter where Teen Feed provides support services to youth, Teen Feed Support Coordinator, Hatlo, had an extra-special interaction with one particular young person.

The story is quite moving.  Here it is, in Hatlo’s own words:

When I met R. he told me it was only his second time spending the night at ROOTS Young Adult Shelter, but that he’d been homeless on and off for several years. We sat together at his mat, and the interaction felt very personal, like I was being invited into his living room.

R. told me that three years ago he had come to Seattle from Alaska for a tech internship, but once the internship ended, he had a difficult time staying on his feet.   Since then he has had some stints of employment, but nothing that worked out long-term.  As of now, he has been homeless for the last four months.

R. doesn’t like to rely on services unless he really has to, and he mostly gets by couch surfing with friends or sleeping outside.  I asked him if he knew about Teen Feed, and he said that he’d heard about it through word of mouth from other young people but wasn’t sure what it was all about.   I explained all of the different services Teen Feed provides and told him what my role at Teen Feed is.  I joked that my job is to offer guests armfuls of resources and informed him of various services that he could connect to.

When I finished explaining Teen Feed, he told me that he felt like he should give me something because of all the useful information I had shared with him. He reached into his back pocket and handed me a folded piece of brown paper.  Printed on the paper was a quote that read:

“We will never have a perfect world, but it’s not romantic or naïve to work toward a better one.” – Steven Pinker.

He told me he had been walking through an alley one day and saw the quote on a bag in the garbage.  He tore it off because it really resonated with him. And now he was offering it to me.  I told him that I thought he should keep it, because it seemed like it meant a lot to him and it’s the kind of quote I would want to be able to pull out of my back pocket when I was having a hard day.

Instead of accepting the piece of paper from him, I asked him if he’d be okay with me taking a picture of the quote alongside his shoes (when I approached him he was pulling drenched socks off his feet and his shoes were really torn up and very wet). He said that would be OK.  He told me that he’d been wearing the shoes for a long time and that maybe it was time to get something better suited for the weather. I encouraged him to come to Teen Feed to have a warm meal and get a new pair of weather-appropriate shoes.

He’s a great kid, and I look forward to working with him in the future.  I wanted to share this photo because the experience meant so much to me, and the quote represented our mission so eloquently.